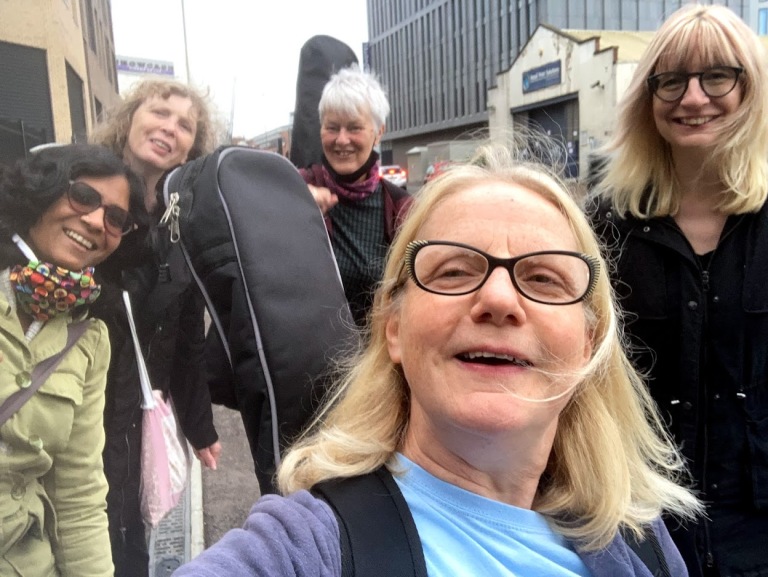 Playing in a band was not something most of The Verinos had ever thought possible. Guitarist Vim was at a birthday party in Leicester’s Kayal restaurant and got chatting to VD about punk. VD had just decided to start playing bass and was going to take lessons. Next came Vixen, who could play a bit of keyboards, and her friend Vi, who can sing and shout. Volcano had always fancied playing drums and turned up to the first rehearsal having watched one drum lesson on YouTube and was completely brilliant at it.

The experience of going to a rehearsal room, being extremely loud, having fun with no-one watching is really powerful. The other thing that’s great is playing and creating original songs so that we own and define our art. Our music can’t be compared to some well-known artist’s original version; we are the original version. Our songs are about laughing, being invisible older women, being in a band and just about ourselves really. They’re upbeat, singable, interactive, and we have a lot of fun playing them!

L-R: Volcano, Vi, VD Vim and Vixen Verino on the way to the studio.